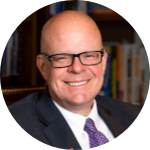 John Cech
Job Title
President
Institution Name
Carroll College
Speaker Bio
President of Carroll College since 2018, Dr. Cech is proud to have supported college-wide efforts to establish the College’s second graduate program, a master’s of social work as well as an accelerated nursing program. He previously served in the Montana University System for the past 16 years, first as the leader of City College at MSU Billings, which doubled its enrollment and significantly expanded its campus footprint under Cech’s leadership. Cech then spent eight years as Deputy Commissioner of Higher Education for the Montana University System, where he was responsible for Academic, Research, and Student Affairs for the State.

During his tenure, the Montana University System was recognized for its work through Complete College America as one of four states in the nation to make systemic advances in key initiatives around student success and completion. Cech has led the CCA efforts for Montana and was recently appointed by the Complete College America President as one of 50 CCA Fellows in the nation.

Prior to his tenure with the Montana University System, Cech served Rocky Mountain College for 15 years, first as a faculty instructor, then as a director, and eventually as Dean of Community Services, Continuing Education and Summer Sessions. Cech earned a doctorate in higher education leadership, a master’s degree in nonprofit management, and a baccalaureate in business administration and computer information systems. Dr. Cech and his wife Victoria have a son, Isaiah, who is a recent graduate of Carroll College.
Speaking At
Closing Keynote Address
Close